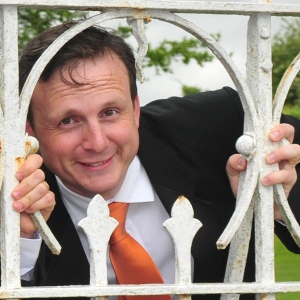 Ryan Morgan has worked variously as a shop assistant, law lecturer, a busker, in a deep freeze, as a research consultant to the UK Department of Health, and as a paper boy (not in that order). He now works as a professional singer. Described as "a remarkable stage presence" (Jo Kerrigan, Irish Examiner) and "a sweet tenor" (Donal O'Riordan, Sunday Business Post), Ryan has had the good fortune to sing in some of Ireland's finest venues, including Cork City Hall, the Ulster Hall, the National Concert Hall, the Everyman Palace Theatre, Kilruddery House, Dromoland Castle, Thomond Park, Dublin Castle and the corner of Cork's GPO. Recently, he had the great honour of singing for President Michael D Higgins at Cobh's Centennial Lusitania commemoration, and has performed for Ministers of State, foreign dignitaries and the inaugural voyages of cruise ships. Among his qualifications are Master of Music, Master of Law, Doctor of Philosophy and at one point he was a milk monitor (until he dropped the crate). He lives in Cobh with his beautiful wife and three children. He still maintains a Welsh accent. He's not putting it on.